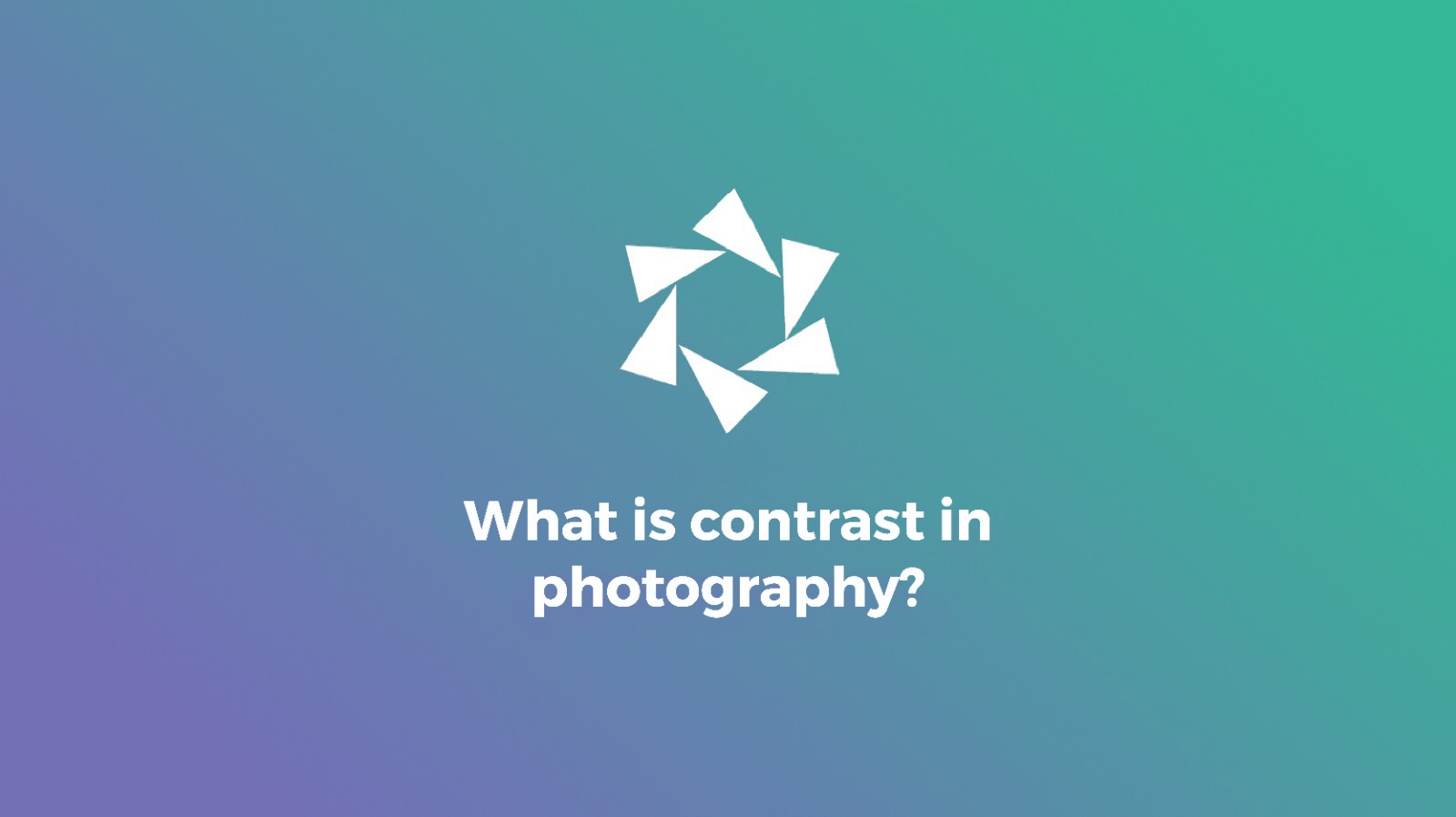 Understanding the fundamentals of what makes a successful photograph — composition, contrast, color theory, focus, depth of field — and how they work together is perhaps more important than knowing what settings to use on your camera.

This guide will define contrast as it relates to photography and explain how you can use it to create your best photographs.

Types of contrast in photography

You’re probably most familiar with one type of contrast, that defines the difference between light and dark tones in an image like the example shown above. But there are many different types of contrast.

The most well-known type of contrast is tonal. It defines the difference between tones or brightness in a photograph.

Tonal contrast is very easy to see in a black and white photo since there are no colors to distract. However, tonal contrast also refers to the difference between light and dark in a color photograph.

The image below is a great tonal example of a high-contrast color photograph, with bright whites and deep blacks.

Keep in mind, tonal contrast doesn’t just describe high-contrast images. When there’s very little difference between the light and dark tones of the photo, it is described as a low-contrast image.

Color contrast is based on the idea that two colors have more impact when they are paired together. Think back to grade school when you were taught the color wheel.

Below is a fantastic example of a high contrast image using the technique described above.

Another way to add contrast within a photograph is to combine different textural elements within your composition. You can combine simple textures with harsh elements to give your images that extra sparkle.

For example, combine elements that are rough and smooth, hard and soft, short, and tall — you get the idea. The different textures create a strong contrast that makes for a visually interesting image.

Conceptual contrast is much less obvious than tonal, color, or texture but, when done right, can be equally effective.

It involves portraying a difference of ideas or concepts in a single image to engage the viewer or tell a story. To create conceptual contrast, you’ll need to put two things together that wouldn’t be expected to highlight their differences.

Examples of conceptual contrast are big and small, antique and new, young and old, natural and man-made.

How to achieve contrast in the field

To practice achieving higher tonal contrast in your photographs, the easiest thing to do is to set your camera to shoot in black and white.

Removing the distraction of color helps you easily see the intensity of the light and how it impacts your photograph. Or, try photographing light objects on a dark background and vice versa.

It’s important that you properly expose your photographs. However, if you want more contrast, you can always add it later in post-processing.

How to adjust this setting in Photoshop

There are many software options when it comes to post-processing and editing your photographs, but for the sake of this guide, we will focus on Adobe Photoshop, the most popular photo-editing software in use today.

There are several methods to adjust the contrast of a photograph in Photoshop, but here are 3 easy ways:

1. Create a new Brightness/Contrast layer in your Layers Adjustment panel. Then you can use the slider to increase or decrease it in the entire image.

To start, open the image you want to make modifications to. Next, go to Image > Adjustments > Brightness/Contrast. Or you can find this feature in the menu on the right under Adjustments.

Here, you’ll be able to adjust the light intensity and contrast. You can increase or decrease brightness and contrast too. All you have to do is move the arrow.

As you can see in the image below, I created a more dramatic picture by adjusting the contrast and the brightness level.

Bear in mind that you don’t have to use the same values I used for this picture. Your adjustments depend on your preferences and the nature of your pictures as well.

2. Use a levels adjustment. Create a Levels Adjustment layer. In the levels adjustment dialog box, drag the sliders on the left (shadow) and right (highlight) toward the center. The key is to bring them into where your histogram begins so that you have a true black and a true white in your image.

3. Dodge and Burn. Leftover from the old darkroom days, dodging and burning were the ways film photographers added contrast to their photographs. In photoshop, you simply use the dodge tool to “paint” where you want the image to be lighter and use the burn tool on the parts of your image you want to darken.

As you can see, Adobe Photoshop is quite easy to use when it comes to adjusting contrast and colors.

Contrast is one of the fundamental concepts any new photographer must grasp if they want their photographs to be truly great.

With practice, you’ll be able to train your eye to see contrasts all around you. Not only will you begin to notice differences in tones, light, and dark, but you’ll start to pick up on the contrasts in texture, colors, and ideas, too.

When you master the concept of contrast, you’ll begin to see the world around you in a whole new way.