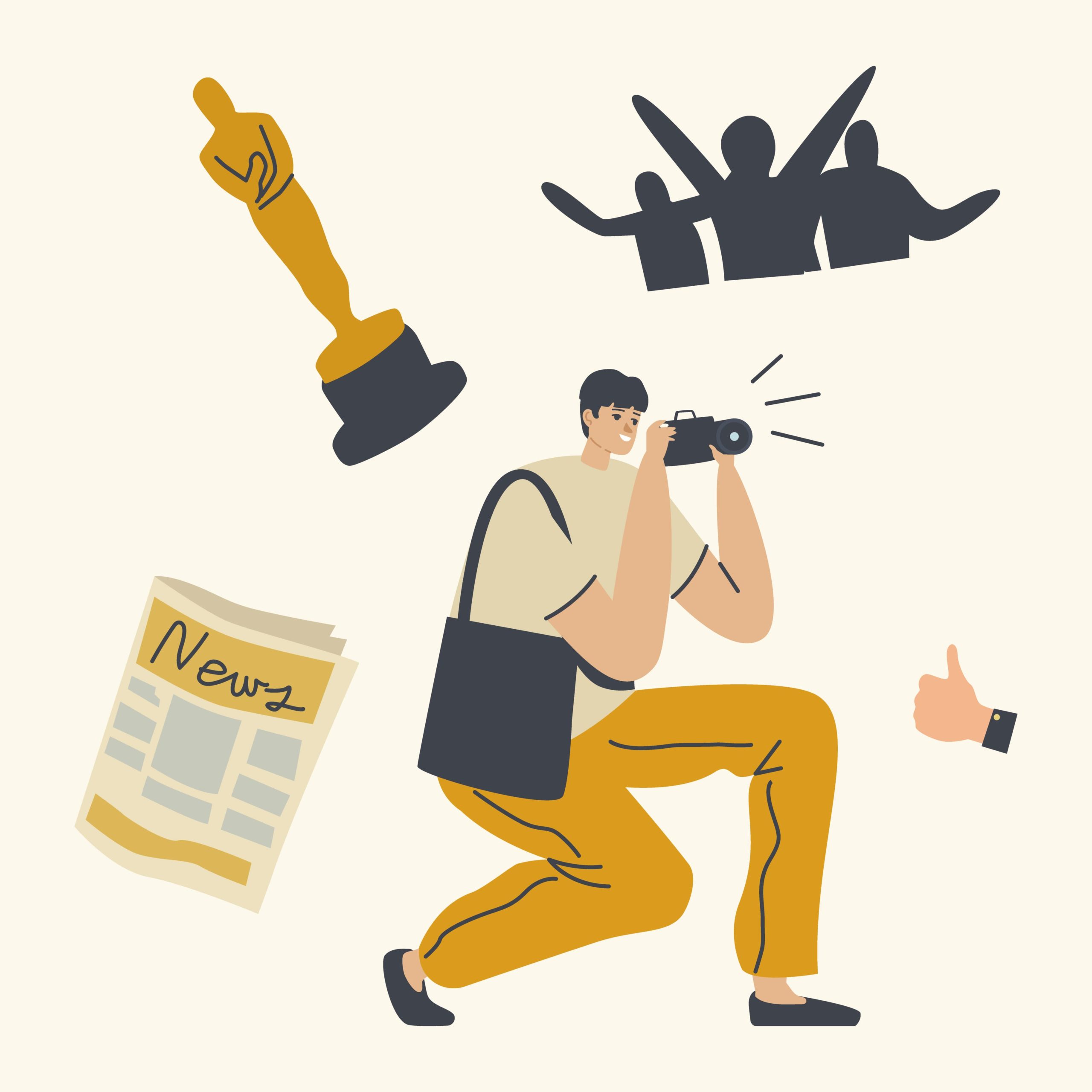 If a single image is worth a thousand words, a documentary photo is worth an entire novel.

In this guide, you’ll discover what documentary photography is and where it got its start. We’ll cover what gear you’ll need for capturing life as it happens. And, give you several tips and tricks to taking captivating documentary photos.

What is documentary photography?

Documentary photographers take a “fly on the wall” approach to shooting their subjects. This approach allows them to chronicle real people and real events without interfering or giving direction. But, unlike photojournalism which focuses on breaking news, or street photography that seeks to capture everyday life, documentary photographs reveal a deeper message or story.

While documentary photographers can capture breaking news and everyday life as it happens, they can also capture events, like weddings or sports. They can document aspects of a culture or society. Or, they can chronicle their subject’s day-to-day life. But, it is the story told to the viewer that makes a good documentary photograph.

Since the invention of the camera, photographers have captured images of the world around them. For the first time in history, people could actually see the cultures, societies, and lifestyles outside their own. This also meant they could see problems in the world, too. People were exposed to the realities of poverty, social injustices, and war. And, whether the first documentary photographers intended it or not, photos became a catalyst for change.

The photographer most often credited with popularizing documentary photography was Jacob Riis. Riis was a New York City journalist-turned-social reformer who used his camera to document the living conditions in New York slums. Following in Riis’ footsteps, Dorothea Lange documented everyday struggles Americans faced during the Great Depression. Lange’s 1936 photograph, Migrant Mother, remains an iconic symbol of the plight of farmworkers during the Depression. It was through documentary photographers such as Riis and Lange that the genre became a tool for social change.

Though there are many subgenres of documentary photography, they have a few aspects in common.

In science, the ‘observer effect’ describes how the act of observing an event influences the outcome. The same is true in photography. The mere presence of a camera can influence how people behave or how events unfold. In documentary photography, this can sometimes defeat the photographer’s purpose. That’s why it’s essential for documentary photographers to use the right tools and techniques; to have as little influence on the events they’re documenting as possible.

As a documentary photographer, you don’t need the most feature-rich camera or the latest gadgets and gear. What you’ll need is an unobtrusive setup with few essential features and a thorough understanding of how to best use your camera as events unfold in front of you.

You’ll want a camera that’s small and lightweight enough to comfortably carry for extended periods. Your camera should be discreet in both appearance and noise. It should be fast and accurate in both focusing and recording images. Because you’ll shoot in a variety of locations and lighting conditions, it should be able to shoot at high ISOs. And, depending on the events you’re shooting, may need a high frame rate (fps) to avoid missing any action.

Mirrorless cameras are an excellent choice for documentary photography because of their slim, easily-portable bodies, fast and silent shutters, and simplicity of use. DSLRs, on the other hand, may be more comfortable to grip for long periods and provide accurate, real-time information in their optical viewfinders.

Whether you prefer shooting with a mirrorless or a DSLR, your camera should include some important features necessary for documentary photography. Fast auto-focus, high ISO performance, and an ability to quickly change between settings and lenses will all aid in shooting documentary photos.

What is the best lens for documentary photography?

However, shooting anything under 50mm will require you to be very close to your subject to fill the frame. Because documentary photography requires you to take a “fly on the wall” approach, shooting with a telephoto zoom will make you less intrusive and, therefore, less influential in the outcome of events. It will also minimize your need to physically move into and away from the shot.

Though you may choose to carry a variety of lenses when shooting, a 55-200mm or a 70-300mm zoom is a good single lens option. This lens will allow you to keep a reasonable distance from your subject while letting you zoom in and out to capture more or less of the background.

While the nature of documentary photography means you won’t need flashes, lighting, reflectors, or tripods, that doesn’t mean your camera bag will be empty. Depending on what you’re documenting, you may spend hours, days, even weeks observing and shooting. So, you’ll always want to have extra batteries and memory cards on hand.

As a documentary photographer, there are a lot of things completely out of your control—your subjects, the lighting, what’s happening in the background. To capture the best photo, you’ll need to understand your camera’s exposure settings and become adept at changing them quickly.

Because documentary photography covers such a wide variety of shooting situations, it will be essential to learn how to operate your camera quickly and efficiently.

As a documentary photographer, you’re tasked with capturing real life as it happens, with minimal influence on the events you’re shooting. This means you can’t direct or pose your subjects. You can’t adjust lighting or move objects. And, you can’t ask subjects to repeat something if you missed the perfect shot. Instead of interfering, be ready to shoot at all times.

The single most important aspect of documentary photography, what sets it apart from snapshots and other genres of photography, is the story each image tells. Every shot in your documentary portfolio doesn’t have to make a grand social commentary, however. Your image could capture an infant’s first seconds outside the womb. Or, it could show the collective reactions of an audience as their favorite musician steps onto the stage. The point is to document a real event while including enough context to convey the story.

Although background and context are important, sometimes the most compelling stories told through documentary photography are expressed through small details. The dirt under a farmer’s fingernails, the deep smile lines in an elderly mother’s face, or the bandages being wrapped around an athlete’s hand, for example. Don’t be afraid to zoom in on your subject to capture the details that best tell your story.

Unlike studio work or posed portraiture where you’re on a set schedule, documentary photography happens on life’s timeline. Depending on the project, your documentary shoot could take hours, days, weeks, or longer. Relax, settle into your environment, observe the events as they unfold, and be ready to shoot when the opportunity presents itself.

While documentary photography most often captures people, it isn’t portraiture. An image that only shows your subjects’ feet can sometimes be more compelling than one that shows their faces. One of the most famous documentary photographs in history, Tank Man, features a small, grainy, distant figure of a single man standing in front of a line of tanks leaving China’s Tiananmen Square after the 1989 protests. This powerful image shows almost no recognizable characteristics of the man, yet the story it tells about him is profound.

It’s rare for a professional photographer to consider an image complete without at least some post-processing. In documentary photography, however, editing images should be kept to a minimum.

Cropping to improve composition or correcting color or contrast with photo editing software is to be expected. But, remember that documentary photography is meant to capture honest, truthful moments in time—and those moments aren’t always attractive. Retouching, manipulation, and excessive editing diminish the integrity of your images.

Documentary photography is unique in that you, the photographer, must give up control of your subjects, lighting, background, and action that takes place. The distinct discipline of documenting life as it happens forces you to see the world around you in exciting new ways.

You’ll begin to see potential in what many consider the mundane. You’ll learn to capture moments that can both intrigue and inspire your viewers. And, you may even effect change.

Tired of boring look-alike image galleries that compress your images, slow down your website and aren't easy to use ?

So are we.
That's why we've built Modula.