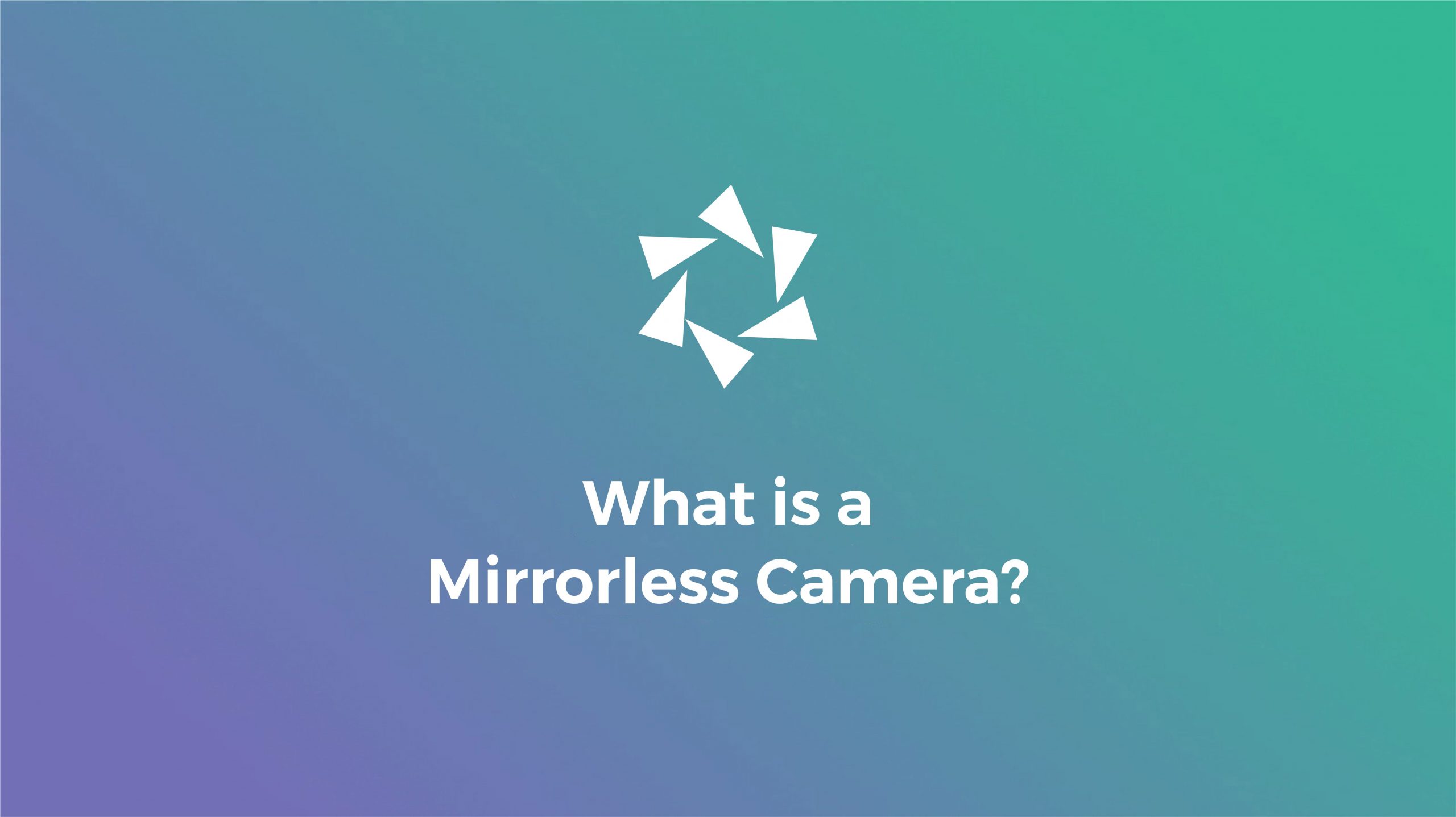 If you’re in the market for a new camera, chances are you’ve been looking at either a DSLR or one of the new mirrorless cameras that are increasing in popularity every year. Now that most of the major camera brands have released their own mirrorless cameras, it’s time to take a serious look at this emerging technology. What is a mirrorless camera and how does it compare to a DSLR?

What is a DSLR Camera?

DSLR cameras work the same way as the film cameras they were originally designed to replace. A mirror inside the camera reflects light that enters through the lens up to a prism, and into the viewfinder so you can preview your shot. When you’re ready, you press the shutter release button, the mirror flips up, the shutter opens, and the camera’s sensor captures the scene.

DSLR cameras are still the most popular cameras on the market today. However, sales of mirrorless cameras are growing tremendously each year.

What is a Mirrorless Camera?

Like the name implies, a mirrorless camera doesn’t use a mirror to reflect light. Instead, light passes through the lens directly onto the camera’s sensor. From there, a digital preview is captured either for an electric viewfinder or rear LCD.

Deciding between mirrorless or DSLR used to be easy—you didn’t have many options. But today, nearly every manufacturer makes both kinds of cameras and a series of lenses to go with each of them. While you can capture amazing photos with either a mirrorless camera or a DSLR, there are pros and cons to either system.

Let’s explore how they compare to each other.

Because they have to fit a mirror and prism inside the body, DSLR cameras tend to be larger and heavier than mirrorless cameras, which have much simpler construction. Mirrorless cameras are lighter and more compact. If you carry your camera a lot for travel or want to be discreet, like when shooting street photography, you might prefer a mirrorless camera.

When it comes to autofocus systems, DSLR cameras take the point. Mirrorless systems use contrast detection instead of phase detection for autofocus, so in low light, they can struggle to find a point to focus on. This is much like when your smartphone goes in and out of blur when it’s struggling to find focus.

Expect this to change as technology improves, but if fast autofocus is important, like for sports or wildlife photography, a DSLR is the superior choice.

With a mirrorless camera, you can preview your exposure settings on your rear LCD before you take your photo. In contrast, DSLRs have an optical viewfinder, so you’ll have to take your photo first and then examine it afterward to see if it’s properly exposed. In good light, the mirrorless camera edges out the DSLR when it comes to previewing.

However, if you’re shooting in low-light, very bright light, or if your subject is fast-moving, the preview could suffer and, in those cases, a DSLR with an optical viewfinder will be better to work with.

While both systems can shoot at very fast shutter speeds, by design, the simpler mechanics of a mirrorless camera edge it out over the DSLR. The lack of a mirror enables it to shoot faster, particularly when shooting a burst of images.

DSLR cameras take the point when it comes to longer battery life. That’s because the mirrorless camera’s electric viewfinder and LCD screen are necessary for previewing images and they require battery power to work. Meanwhile, you can shoot on a DSLR without using the LCD to preserve battery power for a long day of shooting.

That said, they all have removable, rechargeable batteries, so it’s easy (and recommended) to carry a spare and swap it out when needed.

Mirrorless cameras have a smaller sensor size than DSLRs. This inherently makes them less suitable than DSLRs in low-light situations.

The lack of a mirror means fewer moving parts, no “mirror slap,” and this makes mirrorless cameras the superior choice when it comes to image stabilization. If you shoot with a mirrorless camera, you don’t have to concern yourself with mirror lockup and other tricks to avoid mirror-induced vibrations when shooting long-exposure photography as you do with a DSLR.

DSLRs have been a staple in the market for many years while mirrorless cameras are still up and coming. For that reason, there are many more lenses and accessories available for DSLR cameras—not only the brand name but also a plethora of aftermarket options.

As mirrorless systems continue to grow in popularity, more and more lenses become available. Specialized lenses like tilt/shift and super telephotos are still lacking, so if you shoot with these, you are better off sticking with your DSLR for now.

One of the biggest hurdles with changing from a DSLR to a mirrorless system is that lenses are not compatible from one system to the other. There are adapters but they are not always reliable. So, if you’re a DSLR user who has spent thousands of dollars on quality lenses for your camera, it can be daunting to think of selling all of your equipment and starting over with an entirely new system. Instead, it’s much easier to just buy the newest version of the same DSLR so you can keep using all the lenses you already own.

In terms of technological advancements, this is where mirrorless cameras definitely win the battle. DSLRs have reached the end of their ability to innovate. There’s not much more technology that can be added to them to make them exciting to new photographers.

On the contrary, mirrorless cameras are the wave of the future, with endless possibilities for advancements in autofocus, data analysis, resolution, and new features we can get excited about.

Mirrorless cameras are lighter, smaller, and faster but they offer fewer available lenses and accessories. DSLRs are tried and true workhorses that are better in low-light, but they are slower and heavier and they are nearing the end of their ability to innovate.

The bottom line is that both DSLRs and mirrorless cameras have the ability to take incredible photographs. It’s just a matter of weighing out the pros and cons of each system and determining which is a better fit for your situation.