What is DNG and Why You Might Want to Use It 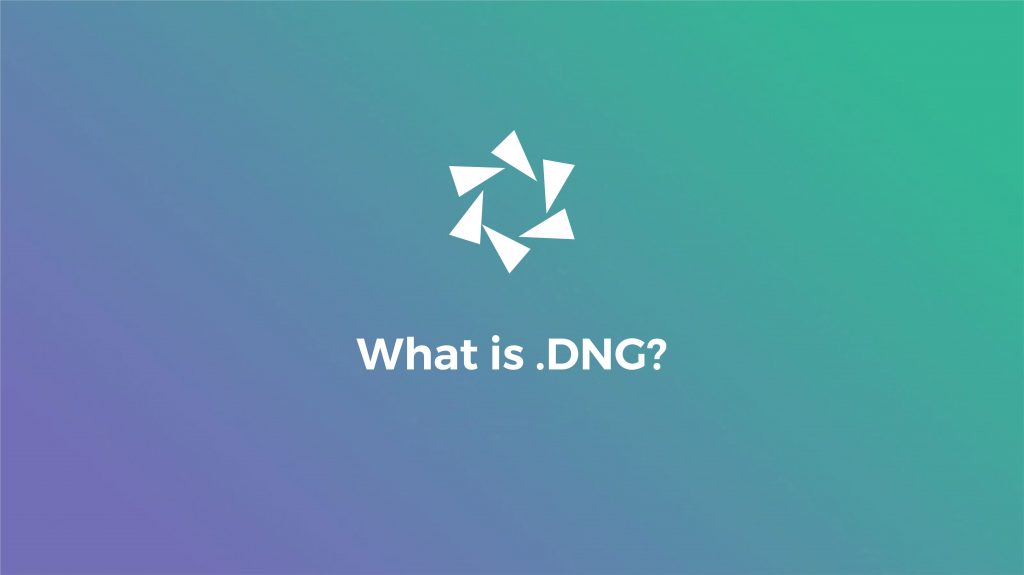 If you’ve spent any time researching photography, you’ve no doubt come across photography’s great debate — RAW vs. JPG. If you’ve read our guide on RAW, then you agree, RAW is better. But now there’s a new question to consider when it comes to saving your images. Is DNG better than your camera’s native RAW file? What is DNG anyway?

This guide will explore the DNG format, how it differs from your camera’s RAW format, explain the advantages and disadvantages and go over how to convert your RAW files to DNG.

The letters DNG stand for “digital negative.” As you know, RAW image files contain unprocessed and uncompressed data directly from your camera. These files are also RAW image files. Adobe developed this format in 2004 as an open-source alternative to all the other proprietary native RAW formats that camera manufacturers were using.

Nikon, Canon, Sony, and other manufacturers allow you to shoot in RAW but each brand has its own proprietary RAW format. Canon’s is .CR2, Nikon’s is .NEF, Sony’s is .ARW. But, because these formats are proprietary, the way they work — how their files are processed in-camera — is secret. So, if someday Canon is no longer in business, you’ll eventually have a hard time opening your old .CR2 files.

Due to all the different RAW formats, Adobe created their open-source file format in hopes that manufacturers would adopt this single format across the board. Hasselblad, Pentax, and Leica have adopted the DNG file format, while Nikon, Canon, Sony, and others have not. For the sake of simplicity, in this article when we refer to RAW files, we’re talking about your camera’s native RAW format, which might be .CR2 if you’re using a Canon or .NEF if you shoot with a Nikon.

Advantages of DNG Format over RAW

Why would you want to convert your files from your native RAW format to DNG? There are a few advantages.

Converting a file to DNG file format is not without its drawbacks.

Why convert RAW to DNG?

DNG is most useful for people who use Adobe products, though it works with other editing software, too. Since Photoshop and Lightroom are the industry standard programs used today for photo editing, it makes sense that users would save their files to the DNG format.

The main reason you should consider saving files as DNG is for future compatibility. As we mentioned, each camera brand has its own proprietary RAW format. It’s hard to imagine now, but in the future, if one of those brands no longer existed, their formats would no longer be supported and they’d be difficult to open.

For example, think about how difficult it would be for you to read a floppy disk today if you had to!

How to convert RAW to DNG

There are a few ways to convert your RAW files to DNG files.

Can you convert JPG to DNG?

Yes. But, it’s not necessary. JPG is already a standard and highly compatible image file format. Converting to a DNG will give you the ability to make non-destructive edits to your file. But, it isn’t going to give your image any of the data that was lost when the original file was converted to JPG.

As you can see, there’s no clear-cut answer to the question of RAW vs. DNG. There are benefits and disadvantages to working with each, and it’s up to you to decide what works best with your personal situation and workflow.